I have done 3 big things in this past year. Probably all things that, had you asked me three or four years ago, I would have told you weren’t likely to happen. Moving abroad. Listening to other’s stories…it has a way of challenging you.

This post may contain affiliate links. That just means that if you purchase something using a link I share, I get a percentage from that purchase at no additional cost to you! This helps me fund Kelly Michelle Blog. You can read more in my disclosure policy.

Again, things I’ve done that I never thought ten years ago would be on my “I’ve done that” list. Surprisingly, but also not surprisingly, all three of these things are remarkably intertwined.

Parts of me feels like the same Kelly before we moved, but other parts feel really different.

Of course, moving abroad is going to bring about some big changes. Some of the first growth for me was around learning about other cultures. I realized how naive and closed-minded I had been living back home. All while thinking that I was open-minded. (Also, I’m very aware of how limited my understanding of different cultures still are seeing as I am still in a Western country with all the Western norms I have back home.)

When we first moved here we were required to attend a 2-day cultural training on the German culture. It was rather boring content but our Coach made it entertaining, at least for me…Cody, not so much. Essentially we sat in a 12×8 room for 8 hours each day and talked about the German culture. She talked so much that even my brain hurt after the first day, so it’s safe to say Cody was really exhausted by the whole thing.

All of those truths I learned in those four walls proved themselves to be true once I began making friends with Germans. They really do have the softest interiors, once they open up to you. A couple of the German girls I’ve become friends with here will be friends I keep for a long, long time. And yes, I learned that it is true, you must eat every meal with a knife.

But the one thing I have come to terms the most is that America isn’t the greatest. (Don’t get me wrong, I LOVE America and proudly wear my ‘Merica shirt any chance I can get.)

But the American way isn’t always the best way. There are other ways. Other ways that are different, valid, beautiful.

One of the ugliest things I have dealt with since moving here, and still find myself falling back into, is the prejudice I had (still likely have?) towards the Spanish language. I realized as soon as I moved here that I met so many people here that are bilingual…tri, quad, even multi-lingual (One of my friends speaks 3 languages fluently but 3 more languages enough to get by. WHAT?!?)

Living back home, I felt “superior” because I spoke English. The “national language” of our country. While I love all of my friends who speak Spanish and thought it was really cool that they could speak two languages, as a general, I viewed the Spanish language as something that a “less educated” person would speak. (WTF?!?) I moved here and realized that everyone speaks more than one language. But instead of feeling superior for speaking English (a language that nearly everyone here speaks), I feel UNeducated and lazy for only knowing one language. I thought of these Europeans, with more than one language under their belt, as so educated and smart. But why don’t I think of my Spanish speaking neighbors that way?

Things I thought about the Hispanic culture before, now make so much more sense. Not because I’ve studied their culture at all. But because I’ve learned the importance of learning about other cultures and that each culture has its own unique, and beautiful, spin on things. And they are valid.

It’s what I’m learning and growing in as I navigate living in a culture that isn’t mine.

On a lighter, less ugly, yet still important note. I’ve learned about the importance of recycling. How easy it really is to have 3 tiny trash cans + 1 compost bin. Like…if you saw our trash cans, you would be amazed to know that we take our trash out once a week, despite how tiny they are.

Why are we, Americans, probably the most developed country in the world, still throwing all trash into one bin and whisking it off to a landfill? I just don’t get it.

The second big thing I’ve done in the last 18 months is reading the Bible from beginning to end. At the end of 2018, shortly after we moved here, I decided I wanted to read the whole Bible. I no longer had a small group to do a Bible Study with so this felt like a logical way to spend my daily time with God.

Plus, my new Bible had a 1-year reading plan in the back of it, so this felt like a good decision.

In the amazing, funny, way God works, I listened to a Happy Hour podcast with a girl from Dallas named Tara-Leigh Cobble who was going to be starting a podcast that read through the Bible, chronologically, in one year. Each day we would read, and then she would recap. Rinse, wash, repeat x 365.

This felt like a love note from God. A way for me to read his Word, make sense of it, and connect with others back home doing the same thing.

And I did it! I didn’t read every day. Some days I missed. Some weeks we were traveling and my Bible isn’t the easiest thing to pack when traveling. (I literally try every time… I think “this will be the time I do it!” and I bring it, and never even touch it.)

I learned two major things in my time reading the bible, outside of just understanding the Bible as one whole story woven together.

First, I now understand what God is trying to accomplish in some of those hard to read passages in the Old Testament. You know the ones…where he kills nations of people for no apparent reason. Well, there’s a reason. And it’s to bring about his love to his people. And it’s always, always, after multiple opportunities to turn back to God.

All of this, that I’m about to write, happened prior to the 2020 Election season ramping up. And I’m so glad it did.

Living in Europe + seeing Jesus as love really caused me to challenge my political beliefs, the ones I grew up believing and found to be the “best.”

I started asking questions. Mainly to myself and to Cody. But often my old beliefs and Cody’s answers didn’t sit well with me, and what I knew about Jesus’ call to love others. So I started looking for answers- things to help me understand why I believed the way I did or things to help me think about things differently.

I didn’t know where to begin, it was all so overwhelming. In fact, my normal thought process was “politics don’t make sense to me, so I just don’t pay attention.”

It’s true. Politics DON’T make sense to me. But the most entitled thing I can do is ignore it. So many people around the globe, and in our very own country, don’t have the freedom to ignore politics because politics affect their day to day lives.

After reading through the Old Testament and seeing how many times God calls the Israelites to take care of the poor and knowing what I do about Jesus and his call for the provision of the orphans, I just kept thinking “how can I ignore politics?” Politics are the very thing that creates systems to take care of the poor and orphans. And I chose to ignore it for 28 years.

So I started listening. I started reading. I listened to things that fell into my “ideas” and things that didn’t. I still probably have a very limited scope of what I am consuming, but there is SO much out there that I have found a few resources that I consult frequently, and then that’s it.

I keep my Dad and Cody on call for the more “conservative” view on things. I listen to The Pantsuit Politics podcast and read The New York Times daily headlines to give me a more liberal viewpoint. (Although, what I love about Pantsuit Politics is that both of the hosts hold very different views on some things (and of course the same on others), but I get to hear from both sides of the aisle.) I also enjoy listening to The Daily podcast for news. It may be swayed one way, I’m not entirely sure, but it educates me nonetheless.

As a Christian, one of the most important things I can do is to listen to people’s stories to educate myself and challenge what it is I believe. I need to hear people’s stories to remind me that my way isn’t the only way. I need to find out what really lines up with scripture, or what’s just an idea passed down to me.

Voting for a Democrat

The more I learned about Trump, the more uncomfortable I felt about being in the party that supported him. The more I watched and listened to the impeachment trials, the more I realized that what was happening WASN’T okay.

So when it came time for the Texas primaries, I felt I had to do something. And the only way I could “do something” to counteract Trump (and at this point, the whole Republican party that appears to only worry about protecting their leader and themselves, instead of the people they represent), was to vote for a Democrat in the primary. Which meant switching my political party. 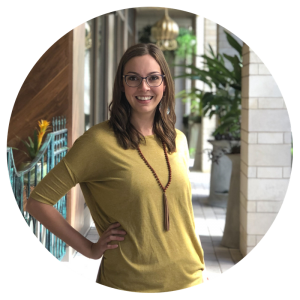 “I wanna be rich in memories not money. Our love

Our trip to France is quickly climbing the ladder

We had plans for lots of travel this year + a few

One good thing from quarantine? Exploring our quai

Celebrated this guys 30th on Friday. Grateful for

Shoutout to @guacamole_de for hooking us up with a

Stuck looking at pictures of snow because it seems

Grateful to have had a week relaxing, exploring, a

Any cookies that may not be particularly necessary for the website to function and is used specifically to collect user personal data via analytics, ads, other embedded contents are termed as non-necessary cookies. It is mandatory to procure user consent prior to running these cookies on your website.